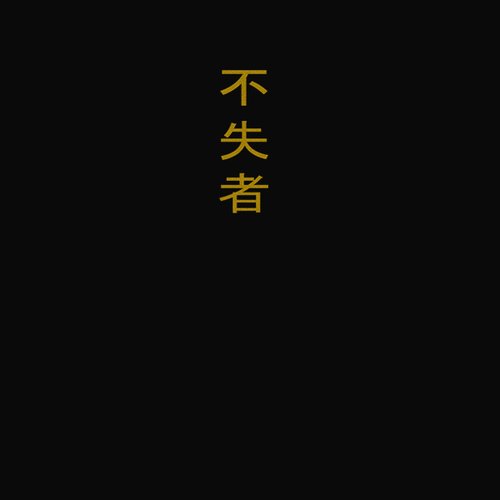 I've already spoken about my thoughts on Keiji Haino in my review of The Meaning of Blackness, but let me briefly recap my thoughts on him. He's a legend in the Japanese noise and free improv scenes (among other genres but these are his most common ones). He's collaborated with quite literally everyone in these scenes including Merzbow, Peter Brotzmann, Boris, Suishou No Fune, Jim O'Rourke, basically name an artist that is prominent in the noise or free improv scenes and Haino has played with them (and it's probably an amazing collaboration too, it always seems to be). But this review is about his own band, the band that is large part of the reason he's such a monolith in the noise scene in Japan. Of course, I'm referring to Fushitsusha, the legendary noise rock band famous for inaccessible hellish noisescapes, marathon concerts, and a discography vast enough that it would take well over a day of nonstop listening to finish it. But a rather sizeable fraction of that lengthy runtime comes from one live bootleg, with only 20 copies ever produced, given only to Haino and his friends and family. This is the Secret Black Box.

Secret Black Box is a six CD set with a runtime just shy of seven hours. This is fine but I've listened to plenty of long as hell albums before, so what makes this unique and worth investigating? Well, this boxset documents a single concert. One seven hour marathon that Haino and his bassist Yasushi Ozawa performed in 2003, after their drummer left the band, leaving them with only two members. The lack of a drummer might make some Fushitsusha fans suspect that this behemoth of a concert is inferior to earlier releases by the band, as the drums were a staple in most of their earlier albums. Thankfully, I can say with certainty, that the missing drums don't detract from this show even a bit. In fact, I'm willing to say that this is one of the strongest Fushitsusha releases I've heard, behind only Pathetique, and the live album with Peter Brotzmann.

Going into this, I was a bit worried. I love Fushitsusha and their signature dissonant style of noise, but I was concerned that seven hours of that would be entirely too much, and incredibly exhausting to get through. Of course, I shouldn't have been even slightly afraid. The strongest aspect of this concert is how incredibly varied it is. Despite only having two members, this is the most diverse and full of life Fushitsusha has ever sounded. Of course, there are the classic noise rock jams, where Haino proves he's still the best noise guitarist in the game. On these tracks, he sculpts mountains of noise, bubbling and churning, with the force of the Halifax explosion. But these tracks are balanced out incredibly well. Were this concert just a seven hour noisefest with no variety, I would think it sucked. But no, Haino shows his aptitude for multiple instruments besides guitar, including flute, sitar, hurdy-gurdy, and maybe even an organ (though I can't tell for sure).

All the dissonant and dark hellscapes the pair crafts are perfectly balanced out by as many tracks with wildly different moods. The ending track of disc five is a droning organ(?) monolith that grows to be hypnotic at first, and downright apocalyptic later. One of the tracks on disc two is a rather lowkey jam, with great interplay between Haino on flute, Ozawa on bass, and programmed drums. The opening track on disc three is a masterful sitar performance, where Haino transfixes the listener with sheer amazement. My personal favorite track is the closing track of disc three, where Haino stacks multiple melancholic guitar loops, creating a gorgeously sorrowful atmosphere. There are moments of sheer terror, as you listen to Haino make his guitar scream with agony, but they are balanced out by moments of genuine beauty, the likes of which I've heard from Haino on solo material, but never from Fushitsusha.

I bring up all these individual tracks not to overwhelm you with information, or do a boring track by track analysis, but to highlight some key moments that I find atypical for Fushitsusha. I wasn't expecting the amount of variety that is displayed here, but I can confidently say, this is the most diverse seven hour album I've ever listened to, and for that I can commend it. Not every track is a winner, there are some moments where, I admit, I was more interested in what the next track would bring than the sounds of the current track. But I never even considered dropping the album entirely, just because once I knew the variety Haino was capable of, I had to know what else he would throw at me. I was always curious what each track would bring. And the high points made it more than worth listening to the entire thing, since this contains several of Haino's best moments across his entire discography (particularly the closing track on disc three. Wow).

One problem that I find other long albums suffer from is a lack of diversity. The longest album I've heard is Daughter of Darkness by Natural Snow Buildings, at an immense 7.5 hours. There's diversity on display there, but it does start to get rather samey. Some tracks are better than others on that album, but with a few exceptions, it retains a similar style throughout. Secret Black Box however, contains such a vast array of different styles, sounds, moods, and instrumentations, that it never gets dull (at least not for more than one track).

Ultimately, I think I had the wrong impression of Haino at first. For a while, I would've considered Haino probably my favorite guitarist ever, but I wouldn't have given him many other awards. His guitar playing is incendiary and some of the most intense music I've heard, but I really undervalued his other abilities. Haino is a brilliant songwriter, a masterful improviser, a powerful (and often terrifying) vocalist, and more than anything, he's so proficient in such a wide array of styles. This is especially notable in his solo career, where nearly every album he's made is unique in some way. When I first started listening to Fushitsusha, I thought of Haino as a legendary guitarist, but even such a high honor really undervalues him. He is, in my opinion, one of the most capable and unique musicians in recent history. Very few have attained such a level of mastery over so many styles as he has, not to mention that he's my favorite guitarist of all time. Secret Black Box then is a document of Haino's variety and proficiency across the multitude of genres, instruments, and skills he's mastered. It's certainly not perfect, as some of the tracks are definitely weaker than others, but it's a fascinating listen with something for every Haino fan, and the high points would make everything worth it even if the rest were garbage. I do think Haino has better releases in smaller packages, but nothing shows his complexity quite as well as this does.

So then, who would I recommend this to? Well, let me start by saying that if you haven't heard Haino's work before, stay far away from this for now. This is better appreciated the more of Haino's work you've heard. I'd recommend starting with Fushitsusha's 1994 album Pathetique if you want to get into the noisier side of things, or Haino's solo album Koko if you want something more overtly beautiful and acessible. Both albums are incredible, and from there you can dive into Fushitsusha's discography, or look into Haino's collaborations with other musicians you may already like. Once you've heard a fair few Haino albums, enough to get an idea of the variety he's capable of, then I would recommend listening to Secret Black Box if you have the time. I promise it's worth it.